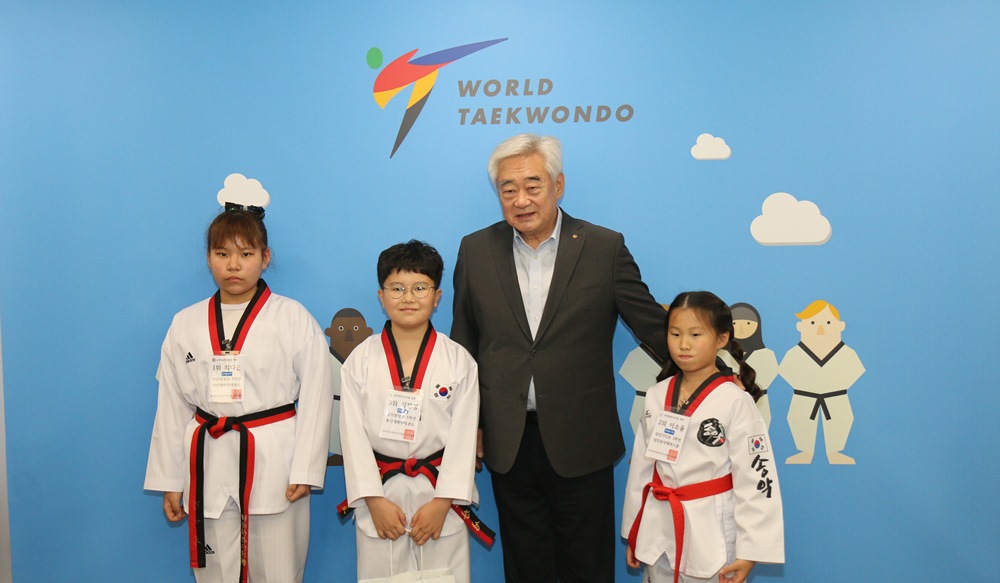 The meeting took place at the World Taekwondo office. Da Eun Choi came first in the quiz and has been training in taekwondo since she was seven years old.

“It was a pleasure meeting Choi, Lee and Gil here at the World Taekwondo office. They are all bright and enthusiastic young people who have very promising futures ahead of them. I hope that at least some of them will have a future in taekwondo in some form or another but if not I am sure they will still be a great success.”

“I am very happy to have the chance to meet Dr. Choue who works hard for the development of taekwondo and taekwondo practitioners in the world. I also want to become a person who promotes taekwondo and can have a positive influence on the people of the world.” 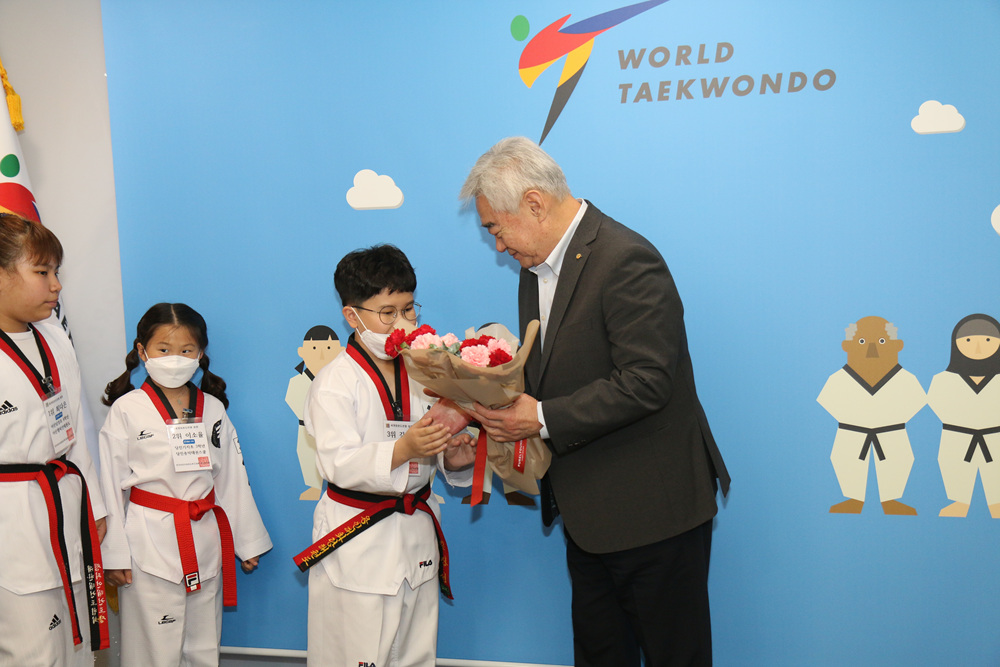